The Irish Hare is a medium sized plant eater (herbivore), measuring up to 50cm long and weighing about 4-5kg. It has  a reddish-brown coat, long ears with black tips and powerful back legs. They feed mostly on grasses, but also eat heather, bilberrys and even seaweed in coastal areas. They feed mostly at night, resting during the day in scraped out hollows called ‘forms’. 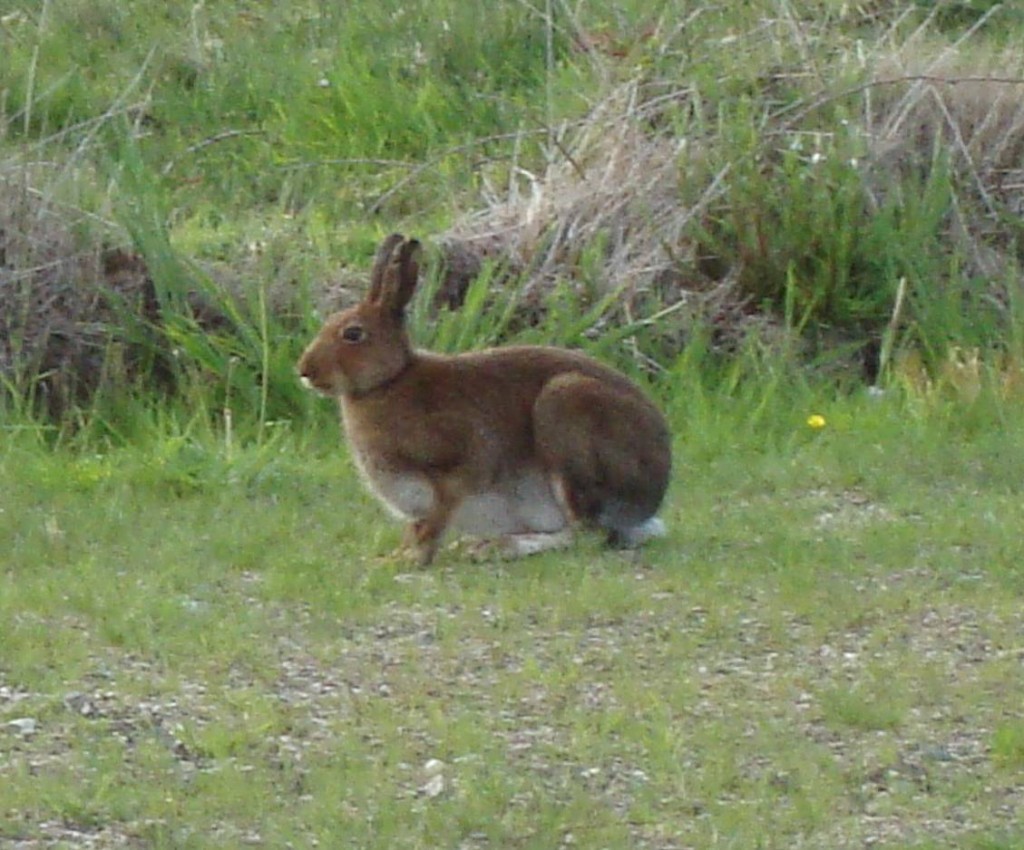 The Irish Hare is larger than a rabbit with black tips on its ears. Its coat has a red tinge to it in the summer and is less shaggy than Mountain Hares.

Where: Only found in Ireland.

Fantastic fact: The Irish hare can reach speeds of up to 30mph and jump as high as 2m. Some Irish hares that live near the coast will eat seaweed.